The goal of the OTRF is promote Ohio’s thoroughbred horse racing and breeding industry through the creation of incentives for owners to race horses bred or foaled in the state. Since 1965, over 25,000 Ohio-eligible horses have been foaled.

The OTRF program is comprised of broodmare and stallion awards, open allowance supplements for Ohio-bred horses winning in open competition at Ohio tracks, and purses for stakes and races exclusively for Ohio-bred thoroughbreds.

The 2017 Best of Ohio races will feature $150,000 purses. The fund also supports promotion of the state’s thoroughbred industry. Please note: Applicants for a breeder license are required to submit a separate check and may not add the cost of the breeder license application to any OTRF payment.

For more information, please contact Greg Veit, OTRF Administrator at 614-779-0268 or at greg.veit@racing.ohio.gov 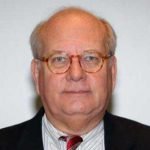 Chairman Robert K. Schmitz was re-appointed by Gov. John Kasich to a four-year term ending 2019. The Bexley native has extensive knowledge of Ohio racing. Schmitz has owned and bred harness horses. He has lobbied for the Ohio Harness Horsemen’s Association and served as a committee member of the Ohio Standardbred Development Fund from 2001 until his appointment to the commission. His knowledge and experience as a government affairs specialist is just as extensive. 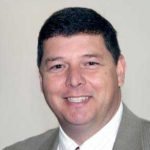 Commissioner Todd Book was re-appointed to a four-year term by Gov. John Kasich ending 2019. Notably, the resident of McDermott represented the 89th House District between 2002 and 2010. The graduate of Western Michigan University and the College of William & Mary Marshall-Wythe School of Law currently practices in Portsmouth. He also shares ownership in an interesting business that offers golf outings. Participants dress appropriately and use clubs with wooden shafts and old style golf balls. 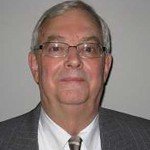 Commissioner Gary G. Koch was re-appointed for a term ending in 2019. Koch joined the Ohio Council of Retail Merchants as a lobbyist in 1977 and has worked in government affairs and consulting ever since. He currently oversees his own consulting business—Gary Koch & Associates. The company is located in Dublin, where he resides. Over the years his clients have included AT & T, Lucent Technologies, Eli Lilly and major oil companies. Koch has also lobbied in Washington, D.C. and state legislatures in New York and elsewhere. 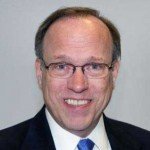 Commissioner Mark Munroe was re-appointed for a 4-year term ending in 2017. Munroe holds two degrees from Youngstown State University including a Masters of Business Administration. He served in the U.S. Air Force and the U.S. Army Reserve. The executive vice president of Compco Communications, a firm involved in marketing and video production, Munroe resides in the Youngstown area and is active in politics, serving as the chairman of the Mahoning County Republican Party. 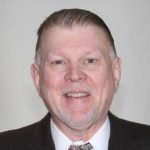 Commissioner Thomas R. Winters of Columbus was appointed on Aug. 16, 2013 to a 4-year term ending in 2017. The former First Assistant Ohio Attorney General currently teaches Business Law, Public Administration and Public Policy in the Graduate Studies School at Ohio Dominican University. In private practice Winters became a partner of Vorys, Slater, Seymour and Pease. He graduated from Capital University Law School in 1984. Winters served terms as Clerk of the House and Executive Assistant to the Speaker of the House.