Fred (Butch) A. Nemann, Jr, 80 of New Richmond, OH passed away June 8, 2020 at his home. Fred was president and owner of Fred A. Nemann Company (heavy highway contractor) since 1960 and owner of Rocky Valley Ranch, race horse training center

Rocky Valley Ranch, is a Thoroughbred horse farm is located in Clermont County, east of Cincinnati. He was an owner, breeder and trainer of horses for over sixty years. During the peak years of Rocky Valley, he and his wife, Kris had 63 horses, including 18 broodmares and 2 stallions. He believed strongly in the Ohio program and all their mares foaled in Ohio. 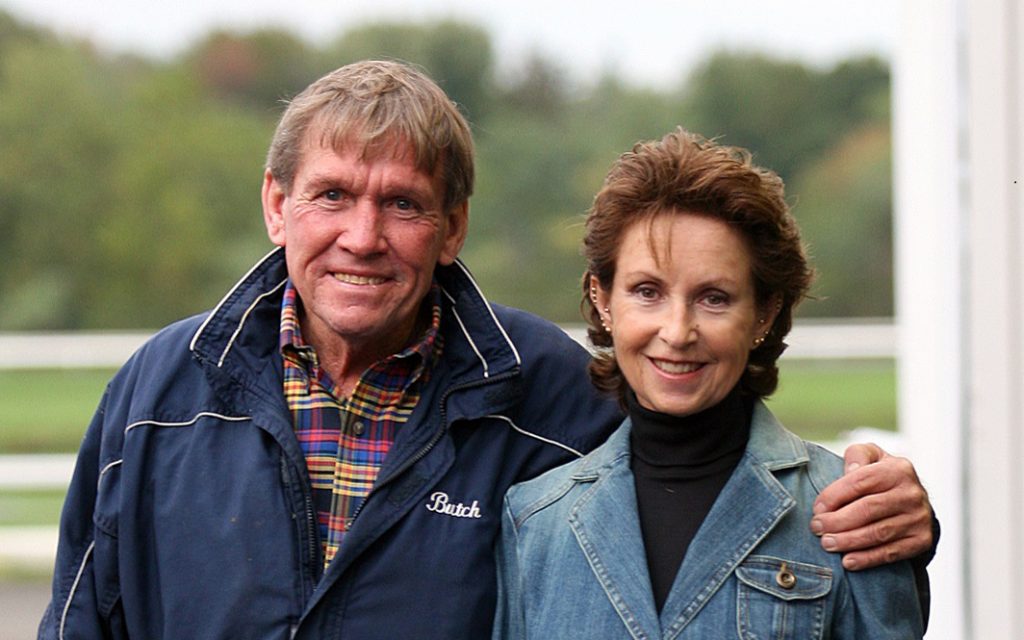 Kris moved through the ranks from exercising, jockey agent, assistant trainer to training. In a rare racing/breeding phenomenon, Kris won the training title at River Downs – with every horse bred by Rocky Valley Ranch. The farm was represented by Ohio Champions Sandi’s Silverhope and Acts Like A King and stakes winners Part the Waters, Lipstick ‘n Lace, Call it the Blues and Best of Ohio winner Kara’s Rockin Role.

Butch served an important role in helping the backstretch of River Downs be restored after the Flood of 1997. He volunteered and brought in his much needed equipment and staff to take on the monumental clean-up operation that allowed horsemen to ship in for the meet on time for the start. Butch served on the Ohio Thoroughbred Breeders and Owners Board (OTBO) and on the Board of Directors for the Horsemen’s Benevolent and Protective Association (HBPA).