OHIO STALLIONS FARING WELL ON THE NATIONAL SCENE
They say the best advertising for a stallion is on the track, and the offspring of three Ohio Stallions have recorded stakes scores out of state in January. The timing was perfect for two of Poplar Creek Horse Center’s studs, as two of the stallions that were being shown at their Open House on January 18 were represented by stakes winners at Gulfstream Park that afternoon. 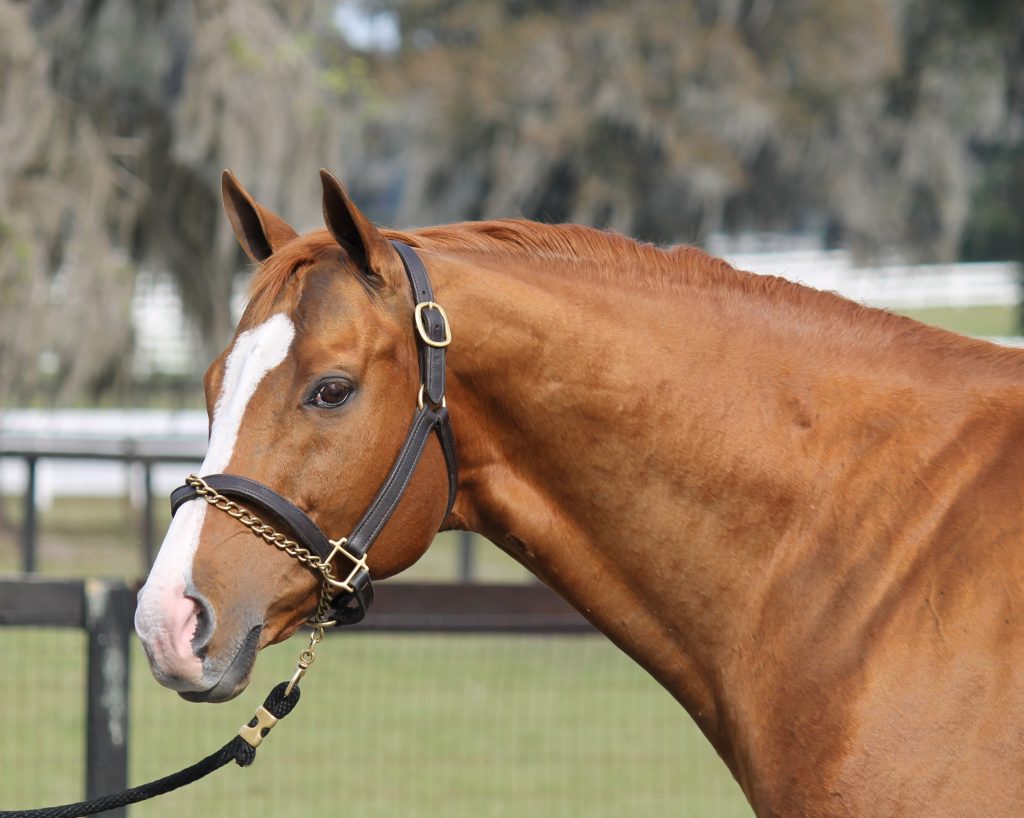 For the third consecutive year Starship Jubilee captured the $150,000 Sunshine Millions Filly & Mare Turf at 1 1/16 miles. The now 7-year-old mare was pressed most of the way as the pacesetter and lived up to her favoritism by pulling away by 3 ¼ lengths. It was the 15th victory in her 32-race career and pushed her earnings to $1,261,597. Starship Jubilee has captured five graded stakes events and has recorded Beyer speed figures of 102, 103 and 104. She has twice won the Canadian Sovereign Award. (Editor’s Note: Just prior to publication, Starship Jubilee captured the Grade 3 $150,000 Suwannee River Stakes at Gulfstream Park to add a graded stakes win and push her earnings to $1,353,667.)
Starship Jubilee is by Indy Wind a five-time stakes-winning son of the legendary stallion A.P. Indy. His second dam is Late Bloomer a multiple Grade 1 winner who was named the Champion Older Female in 1978. Indy Wind stands at Poplar Creek for $2,000 live foal.
Just 35 minutes later the spotlight would shine on Kiss the Kid’s son Extravagant Kid. In the $100,000 Sunshine Millions Sprint he pulled away to win by 2 ¾ lengths in 1:10. Over his career, the 7-year-old gelding has won eight stakes races and has been graded stakes-placed on four occasions, including a game second in the Grade 1 Highlander at Woodbine. A picture of consistency and soundness, Extravagant Kid now sports a record of 40-13-11-6 for lifetime earnings of $787,354.
Kiss the Kid is a multiple graded stakes winner who won or placed in 17 stakes (12 graded) on dirt and turf. At 3 he set a new track record at 8 ½ furlongs by 8 lengths. He is the fastest graded stakes winner at stud by Lemon Drop Kid and is out of a half-sister to Horse of the Year Black Tie Affair. He stands at Poplar Creek for $1,500 live foal.
Just 50 miles up the road Fair Winds Farm in Waynesville is enjoying the most recent win of a daughter of their newly acquired stallion Danza. In the $100,000 Ruthless at Aqueduct, Cruise and Danze made her 3-year-old debut a winning one, after dueling for the lead and pulling away by 2 ¼ lengths in the 7-furlong test. In just 5 starts she has now bankrolled $97,200 for the Haymarket Farm homebred.
Danza is a son of Street Boss out of the stakes-placed Champagne Royale making him a half-brother to multiple graded stakes winner Majestic Harbor ($1,295,814). He was graded stakes-placed in the Saratoga Special as a 2-year-old and the following season dominated the field in the $1 million Arkansas Derby. He parlayed that effort to a third-place finish in the Kentucky Derby to Horse of the Year California Chrome and retired with $866,428. 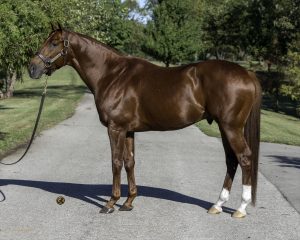 You can be sure Fair Winds Farm will be adding these names to their “Horses to Watch” list: Betterlethergo, Caldwell and Unbridled Quest. They are all sons of Danza and early nominees to the Triple Crown this year. Danza will be standing his first season in the Buckeye State for a Private Fee.
LOOOCH RACING STABLE COMES UP WITH AN EXPENSIVE DIAMOND IN THE ROUGH
Who would enter a first-time Ohio-bred starter in a graded stakes race? Why Ron Paolucci, that’s who! The O.T.B.O. member has hit more than one home run with horses taking a jump in class, and if not for a whiffing at the start, he almost scored another one. Named Nikki and Papa, the daughter of Horse of the Year Mineshaft out of Starship Spirit by Grand Slam brought a final bid of $500,000 at the Fasig Tipton March 2-Year-Old Sale last year. She was bred in Ohio by Susan King. While Ron is the majority owner, he has brought in others on the striking filly: Ashley Quartarolo, Todd Cady, Leigh Anderson-Butler and Jeffrey Lambert.
“I went down to the sale and watched her breeze in 10.1 and she finished up in 45.2,” said Paolucci. “What really was impressive was that she kept going and going. After we got her I watched her first work and she outworked an older winner. The jockey (Fanny Olsson) works with trainer Bob Hess and she knows her well. We took blinkers off and she started to relax. Her last work was in company, too and she just wants to go as far as she can. She’s a beautiful mover and she is so talented I don’t think I have a horse in the barn she can’t beat.” 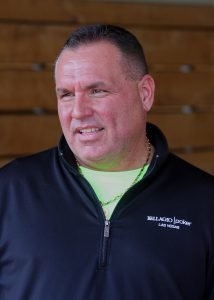 Ron Paolucci has big plans for Nikki and Papa.

The Grade 3 Forward Gal at Gulfstream Park was her stepping off point and it didn’t start as her as her connections hoped. When the gates opened she broke sharply from her inside post towards the rail and by the time Fanny Olsson got her straightened away she was trailing the field by 9 lengths. “She got four or five lessons in that race,” said Paolucci. “She was hit with plenty of dirt and when Fanny tried to get her out Paco (Lopez) kept her down in there. When she realized she wasn’t going to get her out, she decided to go down to the inside and ran on well to the wire finishing third.” Well enough that track announcer Pete Aiello declared, “Nikki and Papa, she’s run a great race in her career debut!”
“She galloped out great and returned perfect,” Ron continued. “The Davona Dale is a Grade 2 at a flat mile on February 29 at Gulfstream and will be our next target. She really wants two turns.” There may be an Ohio-bred in the gate on the first Friday in May – the Kentucky Oaks. We all know her connections aren’t afraid to swing for the fences.